The past year has been one of the most eventful ones for me personally. I had expected 3rd year of college to be a rigorous battle against time and to be frank it has been far from so. The year was ‘especially special’ because this has been the year in which I have travelled farther and wider than I had ever before. Here is a small list of events which were close to my heart (not necessarily in any particular order.)

Tata Jagriti Yatra (Dec 24 - Jan 11)
This was probably the most amazing thing that has happened to me till date. An 18-day journey on a train with 300 odd strangers from around the country who are now friends or at the very least acquaintances. The journey took me to parts of the country which I had never been to and which perhaps I would never have, had it not been for the ‘yatra’. 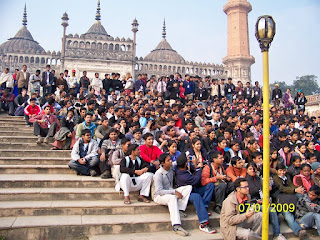 As the organizers had informed us beforehand, this wasn’t a joyride and in fact I probably learned more in this trip than I had in my previous two years in college albeit in an entirely different field. The journey was inspirational and I certainly hope that the spirit of the ‘yatra’ which is still alive in me remains so for the rest of my life. 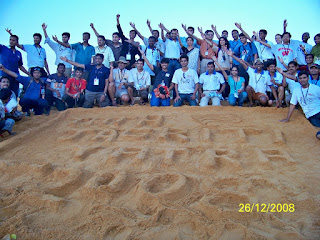 The biggest change to come out of the yatra for me is that I have started looking at my career and life as a whole beyond the realms of the technical education which ISMU provides. There’s a whole wide world out there full of opportunities and although I may end up taking up a job which 5 ‘fruitful’ years at ISMU will hopefully give me, I won’t shy away from challenges and interesting opportunities which life shall present before me.

Besides all the gyan on entrepreneurship (both financial and social), I must say I had a lot of fun and some of the places we went to were really exotic. Add to this the fact that all of this was sponsored. Can you beat that? Last but not least a big THANK YOU to Su for having told me about the ‘Jagriti Yatra’ in the first place. 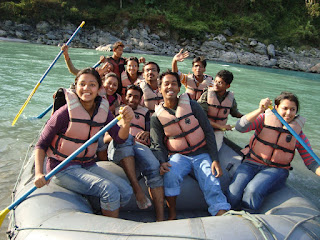 Having written a post on this already, I shall not elaborate much on this except that this is one trip I am going to remember for the rest of my life.


Matters of the Heart
2008 was the year I fell in love for the first time. Okay, it didn’t work out and I had to force myself to fall out of love! But as they say, “It’s better to have loved and lost than to have never loved at all.”

Lots of new friends
I have made a lot of new friends this year. Till the beginning of this year, I knew these people only by name or their faces and in some cases (like TJY), not even that. Now, we are the best of friends and hope to remain so for a long time. I have started socializing more, something my mother was really concerned about that I am a sort of an “unsocial creature”, who did not like to mingle with people.

Add to this the fact that I have done pretty decently in my academics and everything seems really rosy, doesn’t it? So, as another year of college is about to begin in a few weeks, I wish that it is as eventful and fruitful as this one.

P.S. Shit!!! I am in fourth year. I don’t feel like one. Always thought of them as really mature and full of experience and advice. I don’t feel any of those things.
Brain Wave of Smart Primate

Email ThisBlogThis!Share to TwitterShare to FacebookShare to Pinterest
Labels: Life

hey!,
good to hear that you fell out of love... or else it would hurt me real bad to have to hate you. You know, I have become hateful of all people who have fallen in love.

And all the best for the coming year...

@ Kaustav
Yeah absolutely... TJY shall always be close to my heart...

@ DD
Why would you hate me for being in love? And thanks...

@DD: he will hate you for falling in love, then he needs to start hating himself first.... it apperas he is already in....( read hi recent blog)