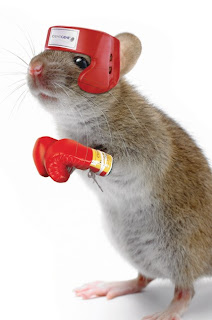 Remember those Tom and Jerry cartoons with Tom fruitlessly chasing Jerry around the house. I used to like Jerry till a few of his mates started ransacking my room. Man, these guys will eat anything or drink it for that matter. When was the last time you heard of mice who loved coconut oil? Well, they finished off (or rather drilled a hole through) an entire bottle of my roomie’s ‘parachute’ in August. My roomie is really concerned about his hair. No, not because the mice drank his hair-oil, but generally speaking. He has now got a hair-oil whose bottle is made of glass. Beat that Mr. Mouse. The mice living in the back wing ground-floor of TOPAZ Hostel (ISMU) are really health conscious. They ate up my roomie’s bournvita too. Now we have to deal with ‘really strong’ mice. Ahhh!

Wondering why everything seems to be happening to my roomie. Well, it is perhaps because I had very cleverly taken the top shelf for myself in the beginning of the year, but the mice have learnt a few acrobatics and are now seen walking stealthily on the wires near the ceiling of the corridor. Naturally, entering my shelf is now a piece of cake. And cakes are not the only thing they have eaten from my shelf. There is also bhujia and biscuits. The morons were considerate enough to leave a few pieces for me and I had a good mind to offer it to a senior whom I do not particularly like. I had to eventually throw all these goodies away for the dogs to eat.

I have a feeling the dogs and the mice have had a deal. They are the only mammals existing in our hostel besides us, if you ignore the occasional cow which manages its way in. The mice must have said, “You keep the cats away and we will make sure you have plenty of good things to eat.” As a matter of fact, I have never seen a cat in ISMU, even in my OPAL Hostel days. It must be a universal treaty. As the saying goes, “Your enemy’s enemy is your friend.”

Well, I am at home now for a whole ‘mouse-free’ month or so I hope. The above will make the mouse gods really angry who will submerge me in a large lake of molten cheese in a planet in the ‘vicinity of Betelguese’ (ala Douglas Adams).

Email ThisBlogThis!Share to TwitterShare to FacebookShare to Pinterest
Labels: Mice

Ah..haven't seen a mouse in a month of Sundays. Not that I miss those little blighters. Indeed, you are going through a pitiful period. But about this coconut oil thingy. Its unprecedented. Are you sure its not newsworthy?

Ya.....it might be unheard of elsewhere but is, in fact, quite a common occurrence in our hostels, which by the way are situated in remote Dhanbad.
I, myself had my own bottle of precious coconut oil
pierced in mid november, but thankfully it had solidified by then so no harm done.

You really have a lovely blog, mate.

Ahh! yes. How did I forget that? Thanks for reminding me...Should have written the name too.....

But, again that was a one-off affair....not like we had a whole family of cats around here. I would not be overly thrilled by that either. Dogs and mice are quite enough, I wouldn't want cats loitering around my bed too.