Chronicles of the past decade...

With the first decade of the millenium coming to a close, I guess I should make my own list just like all the magazines seem to love to. Here's a list of the top ten things I learnt or discovered in the last ten years:

1. The birds and the bees. Need I say more? This is the single biggest reason for India's huge population.
2. The fact that I can speak freely to girls whom I don't know, or any girl for that matter, without stammereing or simply passing out in front of them. This was a great boost to my self-esteem. Having studied in a boys' school, my contact with the fairer sex was minimal before joining college.
3. Computer Engineers are not the only people in the world who have a bright future. If anything, most of them don't do anything significant at all. When I was in Class 6 or so, everyone wanted to be a Computer Engineer, left, right and centre. Thankfully, I came to my senses well in time. (My friends in CSE, don't take it otherwise. I have nothing against CSE as such, just that I am not suited for it.)
4. Something which is disconcerting when you are using a western style latrine - 'It is not possible to shit without pissing too.' (True for most healthy males. Too shy to get the female version on the issue.)
5. All Rajasthanis are not Marwaris, something I had a misconception about in primary school. On a related issue, my friends in college will do well to realize that not everyone who lives in Bengal is a Bengali. Avi a.k.a. 'Bangali' will vouch for it.
6. There are people in this world who have never eaten and probably never will eat chicken. They have missed out on one of the most wonderful joys life on Earth has to offer.
7. I can write decently, although this blog isn't a very good representation of the fact.
8. Skill and abilities won't get you anywhere if you can't think straight and work towards success. Learnt it the hard way.
9. Friends are the most valuable asset anyone can have. At the same time, you need to learn to say "no" sometimes.
10. The fact that the easiest part of life is the one that I have just lived. The actual challenges lie ahead.

Early in this millenium was when I had just entered my teenage, which is considered the time when you learn the most about the nuances of lifes and is generally the age when you tend to get into the most amount of trouble, some childish, others foolish. These days will never come back but the memories will remain forever. As we step into the new decade, there are some things I look forward to:

1. As Murgi pointed out very correctly, this is the decade which could see me find love and perhaps get married too. You never know, stranger things have happened in the past.
2. I would also like to think that in a couple of years, I shall be earning my livelihood too and basically taking control of my life. That would be interesting.
3. I hope to travel to new locations and view various cultures first hand. However, I am positive about returning to India no matter what.
4. I shall need to be a lot more expressive and show more emotions. Otherwise people will continue perceiving me as someone who doesn't care for them or about anything. This is going to be a major challenge.
5. A major aim is to learn how to cook especially how to cook chicken. 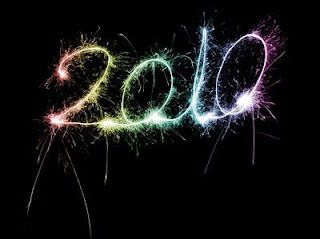 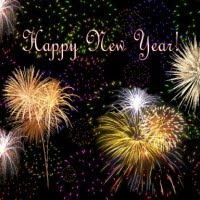 So as the clock ticks over to about 11:30 p.m. (there is still half an hour to go before 2010 starts), I wish everyone a very Happy New Year and a fun-filled decade ahead.
Brain Wave of Smart Primate

Oh and I personally don't remember much of what happened in the early part of the decade!

Good luck with the marriage :P

Hi... first accept my congratulations for the cool blog theme and the header..
now I begin the comments..
1. India's biggest reason of huge population is the fact that we ponder enormously about the population explosion at all times except at the right moment
2. Congrats for the loss of shyness... I still have a way to go...
3. Doing significant stuff is not important. What is important is you enjoy what you do.
4. Thanks for pointing out the chicken part.. I support you totally. Even pork comes next to it.
5. Yes.. this was the easiest phase of our lives. Although I would not have supported you when we were preparing for competitions, I do so now..
6. Learn to cook chicken.. its not that hard.

Happy new year and all the best..

@ Saffrondude
Chicken, very nice...
Thanks for the wishes for the marriage thingy. I hope it'll be smooth.

@ Devdeep
I graciously accept your congratulations.

Your 1st point is very true.

3rd point: I was referring to CSE as a career and the fact that I wouldn't have enjoyed it is what I meant when I said I wasn't cut out for it.

No.4 : Yes, I thought you would appreciate it.

nice post sir.... although i disagree wid the pt. no. 6(eating chicken being the most wonderful joy on the Earth)